You have heard of, and possibly experienced the rash of ransomware attacks taking data hostage across the world. This software finds its way onto computers and networks and encrypts your files holding your data hostage until a ransom is paid. Good backup strategies and IT security measures can protect against this. However, many organisations, even large one’s aren’t taking this threat seriously. 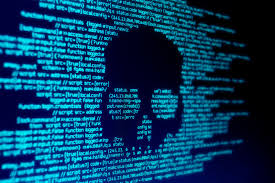 In Lake City, Florida, the city recently approved a ransomware payout of nearly $500,000. On June 10, an employee opened a document received via email, which led to the city’s network being infected by the Emotet trojan, essentially a backdoor to their network unknown to the city. The hackers downloaded the Trickbot trojan, which eventually unleashed the Ryuk ransomware. This spread to the city’s entire network and encrypted the majority of their file, despite the attack being identified within 10 minutes. A week after the attack, the hackers approach the city’s Insurance Company and negotiated a $500,000 payment via Bitcoin to be able to decrypt their data. The episode crippling the majority of their infrastructure for 2 weeks.

While these examples happened in the US, in Australia this happens every day. With many high-profile cases of data breach and ransom attack, often leading to resignation of management and boards for not exercising appropriate protective measures.

We are personally aware of a number of organisations that have lost their data or money due to cybercrime.

It’s something all organisation must take appropriate steps to protect against, considering the incredibly high cost when it occurs, and the importance of protecting personally identifiable information.

To read more about the attack, you can read the full story here: https://www.zdnet.com/article/second-florida-city-pays-giant-ransom-to-ransomware-gang-in-a-week/

Keep up with our always upcoming product features and technologies.
Enter your e-mail and subscribe to our newsletter.